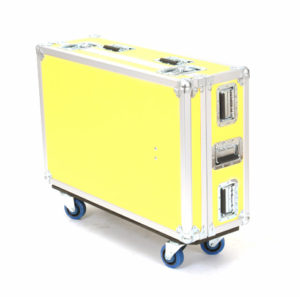 Olympic Case Company has developed innovative case solutions for all major mixing console manufacturers and models. You can be sure to get the design that best fits your mixer. We can design and build your mixing console case with casters, doghouse, nosecone, PSU slots, keyboard tray and any other custom option that you can think of. Olympic Case has several designs already for: